This is inspired by the original Pat's King of Steaks in Philadelphia, PA.

Cook onions in oil on medium until nearly brown. Add meat and cook for 3 minutes until lightly browned.

Put provolone on top of mixture until melted. Scoop everything onto hoagie with cheese on top.

Some pictures show long onion slices, others show diced onions. I find eating the diced onions easier (so you don't end up with a long onion hanging).

Mushrooms are not an option at Pat's but they taste good in the sandwich. I've seen places add green pepper, too. 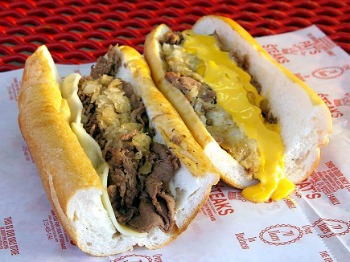 From Pat's King of Steaks 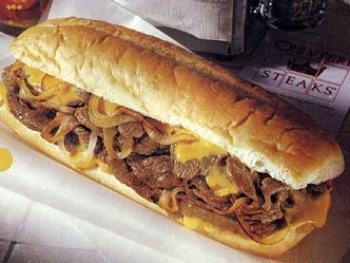 Another Philly Cheesesteak picture from Pat's